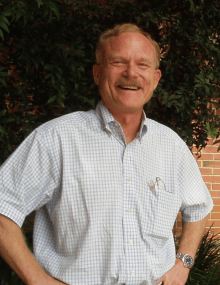 A long-standing research interest is to understand the mechanisms underlying the massive systemic maternal vasodilation and increased arterial compliance that transpire during normal pregnancy. Another is the dysregulation of these maternal circulatory adaptations in preeclampsia (a hypertensive disease of pregnancy), and the potential etiological role of aberrant endometrial maturation in the defective placentation associated with preeclampsia and other placental syndromes such as intrauterine growth restriction. Ultimately the goal is to apply the new knowledge gained from these investigations towards the development of mechanistic-based preventative, therapeutic and curative measures for these obstetrical diseases.

We found that the ovarian hormone relaxin is a potent vasodilator in the systemic and renal circulations, and that it contributes to the remarkable changes in the vasculature during pregnancy. These discoveries provided scientific basis and motivation for pursuing the hormone as a therapy for afterload reduction and improvement of renal function in heart failure (ClinicalTrials.gov Identifier: CRLX030A2301), and they further suggested a therapeutic role in preeclampsia. We unveiled endothelial mechanisms of systemic vasodilation in pregnancy, and then our independent investigations of the cardiovascular effects of pregnancy and relaxin converged, leading to the elucidation of endothelial mechanisms for both “rapid” and “sustained” vasodilation by relaxin. We also observed that, unexpectedly, relaxin was equally potent in the vasculature of males, and to explain this finding we hypothesized the existence of local relaxin ligand-receptor expression and function in arteries, which we subsequently supported with both molecular and functional evidence. More recently, we found a new role for relaxin in bone marrow angiogenic progenitor cell mobilization and function, and in the context of pregnancy. A final aim has been to apply the “lessons learned from pregnancy” to further understand and treat cardiovascular disease in the non-pregnant population (e.g., heart failure).

We always strive to translate discoveries made in preclinical investigations to humans. As one example, we are currently investigating the cardiovascular adaptations and obstetrical outcomes of pregnancies in women conceiving by Assisted Reproductive Technologies (ART) (in comparison to spontaneously conceived pregnancies), because ART occurs in the setting of nil or as many as 20 corpora lutea, thus dramatically effecting the circulating levels of relaxin and other potentially vasoactive corpus luteal hormones. As another example, we investigated global gene expression in chorionic villus samples from women who later developed preeclampsia. After secondary analyses of the 356 genes altered in the CVS from women who developed preeclampsia, we find that as many as 154 genes are associated with decidualization or in this case, inadequate decidualization. Dr. Conrad and colleagues at the University of Florida are well situated to take these exciting findings to the next level. A long-term goal is to understand the etiology of preeclampsia, which will facilitate discovery of biomarkers for disease prediction, and strategies for prophylaxis and therapy. We believe that it is especially important to integrate Reproductive and Perinatal Medicine, in order to unveil etiology and develop preventative therapies for adverse pregnancy and neonatal outcomes.

Organizer of the Reproductive and Perinatal Biology Research Program (2008-2018) (http://www.perinatal.ufl.edu)