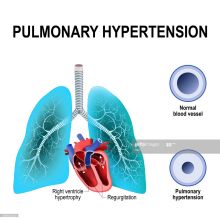 Pulmonary hypertension (PH), is a type of high blood pressure in the lungs that leads to right heart failure and death. University of Florida Health researcher Ravindra Sharma, Ph.D., and his colleagues have found that PH is a result of dysfunctional gut, brain and lung interaction. More specifically, PH development is associated with microbial and pathological changes in the gut and inflammation in the brain, and mice were genetically modified to produce more of a particular enzyme ACE2 (angiotensin-converting enzyme 2) were protected from PH and associated pathologies. This preclinical study advances our understanding of ACE2 and its beneficial effects are due to attenuation of neuroinflammation, improved gut wall pathology, and rebalanced gut microbiota. The findings were published recently in the high impact journal Hypertension.

In a subsequent study, which was published recently in European Respiratory Journal (ERJ-OR), Ravi and his colleagues further discovered that the communication between the gut and the brain is critical in PH. Enhanced gut-neural communication was observed in rat model of PH and that seemed to induce neuroinflammation and augmented sympathetic nerve activity during PH. This study provide support for an impaired gut-brain-lung crosstalk in PH and could be considered a potential therapeutic target for future treatments for PH.

Ravi, the leading author of these studies, said “therapeutic advances for PH have been incremental because of the focus on the pulmonary vessles for PH pathology”. Here we have evaluated the concept that “PH is, rather, a systemic disorder involving interplay in multi-organ system”. These studies led us to propose a dysfunctional brain-gut-lung communication in PH. Data from these preclinical studies may provide novel avenues for PH treatments and its associated pathologies. For this work, Ravi was awarded with a New Investigator Award from the American Heart Association (AHA) during the Council on Hypertension meeting. We’re thrilled about the potential significance of these studies because they may address the central mechanism involved in pathophysiology of these deadly diseases, added Ravi.

In the previous studies, Ravi and his colleagues demonstrated the crosstalk between gut microbiota and microglial cells in cardio-regulatory brain areas during hypertension. The results from this study were published last year in well reputed journal, Circulation Research.

Mohan K. Raizada, Ph.D., a distinguished professor in the UF College of Medicine, was the principal investigator for this research. The lab focused on to understand the role of neuroinflammation and gut microbiota in cardio-pulmonary diseases. Particularly, the mechanisms of brain-gut interaction. 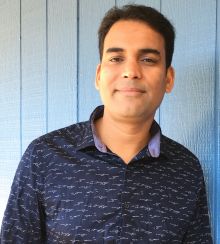